Michael Benedict was born and raised in Rome, NY. He started playing the drums at age 10 and was performing professionally by age 15. Michael studied percussion at the Crane School of Music at the State University College at Potsdam, NY and graduated in 1979 with a Bachelor's Degree in Music Education. He Later attended Rutgers University and graduated in 1990 with a Master's Degree in Jazz Studies. At Rutgers, Michael was an assistant to Dan Morgenstern, the Director of Jazz Studies at Rutgers and former Downbeat Magazine editor. As a member of the Potsdam Jazz Ensemble, Michael had the early opportunity to perform in concert with Marian McPartland, Frank Foster and Milt Hinton. Michael would go on to work with groups and individuals as diverse as hard bop legend J.R. Monterose, opera star Renee Fleming, the Spike Jones Orchestra and the Paragon Ragtime Orchestra.

He has toured the United States extensively, performing at numerous concert halls, colleges and festivals including Lincoln Center, Resorts International Casino in Atlantic City, the Smithsonian Institute, the Brunknerhause in Lindt, Austria and the Waterloo Jazz Festival. His performances in New York City include the Savoy Ballroom, Michael's Pub, Flutie's Restaurant, Waldorf Astoria Hotel and Tavern on the Green. Michael led a Jazz Big Band from 1994 until 2004. The Michael Benedict Big Band was filmed for a documentary on the life of composer/arranger Gary McFarland by filmmaker Kristian St. Clair. "This Is Gary McFarland" is slated for DVD release in 2011. As a vibraphonist, Michael Benedict Jazz Vibes has released two recordings to date. "The New Beat" focuses on the Brazilian/Jazz form, Bossa Nova. "The Next Phase" features original compositions from Michael, Lee Russo. Joe Barna, Yuko Kishimoto and Gary McFarland. Michael's new band, BOPITUDE, focuses on music from the Hard Bop era of jazz ranging from the mid 50's through the late 60s. The all-star band includes Michael Benedict-Drums, Bruce Barth-Piano, Brian Patneaude-Tenor Sax, Chris Pasin-Trumpet and Mike Lawrence-Bass.

Michael Benedict & BOPITUDE released their first CD on the Planet Arts label in June, 2011 and was produced by Tom Bellino. ALBUM LINER NOTES As a student of music, I appreciate all the styles that have been included under the umbrella of the American classical music that we call "jazz". But, as with most jazz musicians, there are certain styles that I have come to know and love and consider "my" kind of jazz. Musically speaking, I always felt as though I was born a generation late. In 1957, the year I was born, the music that I have come to know and love was happening. If only I was 18 years old in 1957. This album is dedicated to a style of jazz called "Hard Bop". Unlike many musicians, I appreciate categories. It helps me identify and study the music. Hard Bop was a natural extension of "Bebop", the style of mainly small group jazz that developed after the close of World War II. Bebop was a radical departure from the Swing Era that had been so prevalent in the 1940's Hard Bop was a natural "next phase". (after the death of Charlie "Bird" Parker.) The music contained on this recording features original arrangements of tunes that are primarily from the Hard Bop era. Included on this recording are flagships songs like Moanin' and Joy Spring as well as lesser known tunes like B for BB and Alter Ego. I also found a tune from this time period at the last minute called Circulation by Gary McFarland that fit beautifully on this album. One of the dangers of doing a recording from a particular time period is that to the casual listener and even professional musician, the music can start to sound all the same. On this recording, I believe that this problem has been bypassed. You will find a real variety of tempos, styles, melodies and chord changes included here. You will also find that even in doing the original arrangements that our interpretation and soloing is all our own, allowing all of our personalities to shine through. Isn't that what jazz is all about? I didn't want this to be a "drummers" album. I just wanted to be the drummer for this wonderful music. I wanted this to be a true collaborative effort. The musicians on this album to me represent the perfect choices for the presentation of this music. Their musicianship and dedication to this art form are remarkable. They were so easy to work with on this recording and after the first couple of takes, we really settled down to a beautiful groove and became a band, though we never had a gig as a unit before this. I was honored to be in the same studio with these gentlemen and I look forward to a long fruitful relationship with all of them. Thanks so much to Bruce Barth, Brian Patneaude, Chris Pasin and Mike Lawrence.

I would like to thank Tom Bellino for producing this album and releasing it on his label, Planet Arts. To have a producer who has won a Grammy award take interest in my project was huge. He made all the right decisions and made my job so easy. Tom is a consummate professional. Thanks so much to Ace Parkhurst for recording my project. Ace recorded my last album and I couldn't imagine using anyone else for this project. He is the "real deal". Self taught, Ace's philosophy is that if sounds good, don't mess with it. Any finally, I would like to dedicate this album to my wife, Ginger Benedict. I couldn't have done this without her. I call her the "perfect" woman. She taught me that life can be safe and beautiful again and that dreams should always be followed. Michael Benedict March 2011. 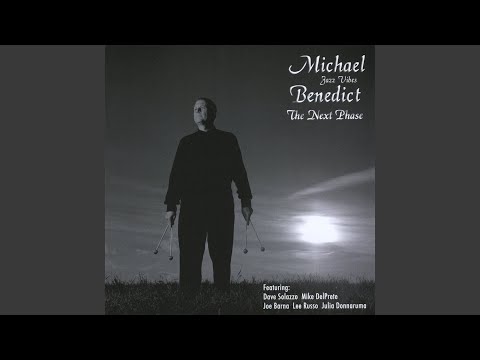