The Black Eagles are "So far ahead of other traditional bands...there is scarcely any basis for comparison."
New York Times

Since 1971 the New Black Eagle Jazz Band has toured the world performing traditional New Orleans style Jazz with a light eclectic blend of music from the earliest Dixieland to the beginning of the 1930’s Dance Band era. This Grammy nominated seven-piece ensemble has appeared in such festival as Newport, Kool, JVC, Tanglewood, Edinburgh, and New Orleans Jazz and Heritage Festival.

The original Black Eagle Jazz Band was led by Tommy Sancton who was from New Orleans and, while attending Harvard University had, in 1969, put together a band with Tony Pringle on trumpet, Jim Klippert on trombone, Eli Newberger on piano, Dave Duquette on banjo, Ray Smith (who later led the Paramount Jazz Band) on drums. and Joe Sah or Norm Stowell on bass. 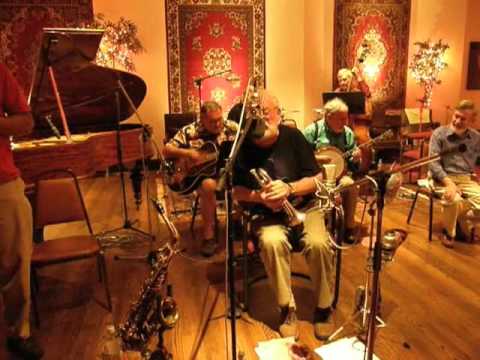