My twin brother and I were born into a musical family, my paternal grandmother was a church organist and choir director in Brimfield, Massachusetts. My parents were members of our church choir and subsequently, my brother and I, and older sister sang in the children’s choir.

My earliest experience with drums occurred in the fall when the Framingham High School Band marched to the football field for each Saturday afternoon football game. Our house was across the street from the high school and all the neighborhood children followed behind the band the mile to the football field. I knew then I wanted to play drums.

Drum Lessons
I first started taking drum lessons in the 7th grade and began playing in a small school band gradually moving the high school band as a freshman and sophomore. During this period I started taking drum lessons with George Lawrence Stone, author of the well-known Stick Control Method Book. Later, I transferred to Ashland High for my Junior and Senior years but unfortunately the school did not have an instrumental program. However, I continued to take lessons prepping for an audition with the Navy music program.

U. S. Navy
I passed the Navy band audition and spent the next four years, first at the Naval School of Music in Washington and then in the Navy Band in Argentia, Newfoundland. I ended my Navy career stationed in Newport Rhode Island in 1962.

Performance Experience
As a professional percussionist drummer I played in a wide selection of ensembles including:

In addition I played in numerous dance bands, combos, rock bands, and toured the US with a show band called “Everybody’s People.” My later performances were with small groups in nightclubs as a singer and drummer.

Dissertation
My dissertation is titled, “A History and Analysis of Jazz Drumming to 1942” and covers the beginning of jazz drumming to the early 1940s. While there are many books about jazz very few focus on what jazz drummers played and how jazz drumming evolved.

I was very fortunate to have access to the jazz record collection at WUOM, the campus radio station at the University of Michigan. This collection contain thousands of 78 recordings made in the late 1800s and early 1900s in the United States and Europe. Consequently, I spent many hours listening to and analyzing the techniques of drummers from this period to the 1940s and the beginning of Bop.

This work covers the beginning of jazz in the late 19th century to the early 1940 and analyzes the playing of most of the important drummers of this period including: 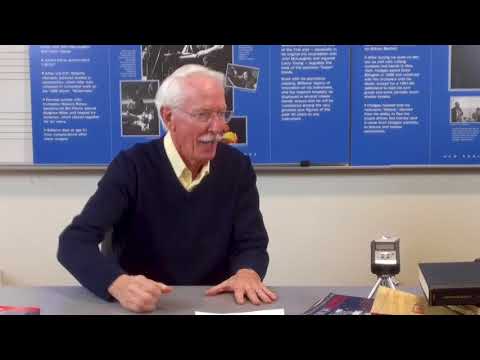