As a young trumpeter in Newark, NJ, Hal Mitchell began his professional career performing with stride pianist Donald Lambert. Venues included some speakeasies on Prince Street in Newark. He eventually formed his own group, the Savoy Dictators, which became the house band at the Savoy Ballroom on Springfield Avenue in Newark.

In his article “Conversations with Hal Mitchell: Jazz Patriarch of Newark” (The Black Perspective in Music Vol. 17, No. 1/2 (1989), author Gary Carner wrote “In 1939, a newly formed Savoy Records recorded six tracks by the Dictators at Harris’s Saloon in Newark. Bobby Plater remembered the band (with Hal Mitchell and Chippie Outcalt, trumpets; Howard Scott, trombone; Bobby Plater, alto sax; Count Hastings, tenor sax; Clem Moorman, piano; Willie Johnson, guitar; al Henderson, bass; and Danny Gibson, drums) as “the best musicians in New Jersey as that time, a band ten years ahead of its time. The arrangements we used were pacesetters-we still use them with a small band out of the Basie band…”.

According to George Konzler in the Sunday Star Ledger, “In the 1940’s Mitchell went on the road with Tiny Bradshaw’s band, joined Benny Carter’s big band and was a member of two of the most popular small groups of the 1940’s; Louis Jordan’s Tympany Five and the John Kirby Orchestra.”

Jazz History Database would like to thank author and historian Gary Carner for much of the content found in this collection. Carner's day-long audio interview (Saturday, 16 April, 1988) with Mitchell included discussions regarding racism, life on the road as a black musician, greed in the music business and his association with major and minor jazz figures.

Celebrating the Arts 86: A Salute to Hal Mitchell

Billy Ford and his Orchestra (recording and television artist)

Forster's 12 at the Terrace Ballroom

Mitchell at his 9th Street home. 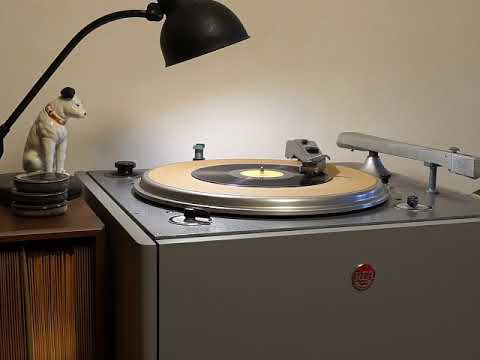