“Change is always happening. That’s one of the wonderful things about jazz music.”
-Maynard Ferguson

“He was about the music. He breathed it, lived it, and set an example by his actions about what he wanted out of music. He had set such high standards for himself, and by his living up to his own standards he affected everyone he came in contact with in a positive way.”
-- Peter Olstad (Band alumnus)
“I heard him (Maynard) warming up and I tell you, I wish every trumpet player who ever lived could have heard what he sounded like. I don’t know why I kept playing after that. Just the warm-up alone was absolutely frightening and then, of course, the gig came around and he did it all over again.”
-Doc Severinsen
“He asked if I was a trumpet player and before I knew it had me laying down on a table and was talking about breathing and yoga.”
-Student attending a Masterclass


Walter Maynard Ferguson (May 4, 1928 – August 23, 2006) was a Canadian jazz trumpeter and bandleader. He first came to prominence while playing in Stan Kenton's orchestra. After his stint with Kenton, Ferguson spent three years as first-call studio trumpeter for Paramount Pictures in Hollywood. He recorded the soundtracks for many movies including Cecil B. De Mille’s spectacular The Ten Commandments. In 1955 he was the featured performer in the William Russo composition “Titans” with Leonard Bernstein and the New York Philharmonic.

Ferguson formed his own big band in 1957 and he continued to lead outstanding ensembles of all sizes and styles under his own name until his passing in 2006.

In this extensive interview, WICN Radio Host Chet Williamson discusses with Ferguson a wide range of topics including trumpet types, technique development and the state of jazz education. 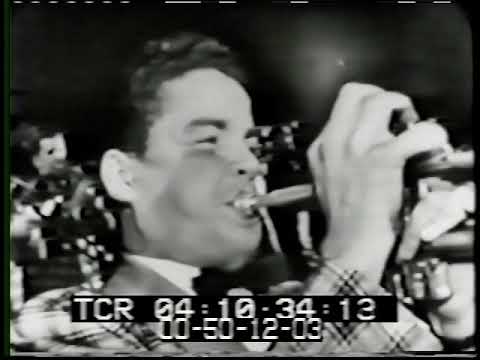 Maynard Ferguson with Stan Kenton on The Ed Sullivan Show-December 3, 1950.